THE ‘FOUR TOPS’ SING ON A STORMY SATURDAY

This morning’s third Official WPCS Online sale saw some fervent and committed bidding. Topping the sale was the 6-year-old ridden Welsh section D gelding Abergavenny Sparc WS99464 at £6,400. A former Royal Welsh winner himself, bred by the Batt family. He is regally bred being a son of the past Royal Welsh male Champion Geler Sparc and the  Cuddy qualifying Pennal Free Dancer and has a bright future ahead of him under saddle. Broken and consigned by Ellie Phillips, a Hartpury College graduate, whose passion for the cobs was kindled when working for the Brynseion stud.

Another to set the bidding alight was the Welsh Part bred yearling colt to make an Intermediate show riding type, Saltre Mr Selfridge PS14823 selling at £4200 for consignors Mr Matthew Everitt.and Adrian Chapman. Already a bronze medal winner as a foal and yearling this son of the former Cuddy Champion Greenbarrow Mr Smee saw an exciting battle of the keyboards between those keen to acquire him.

Not to be outdone the Welsh Mountain stallion Three-B Alwyn WS 93392, bred by Beate and Rudi Reipen sold for £2,300 having left his mark for breeders John and Linda Harries at the Hope stud who have retained twelve of his fillies. Alwyn traces back to Hope Princess born in 1963.

The sale averaged £1,000 per lot sold. The entry form for the fourth Official Online sale on the 21st of November is now available online at https://tinyurl.com/yyepd2zv

Entries close on the 6th of November, 2020. The Society would like to thank Rhys Davies and his team at Farmer Marts (Dolgellau) for their continued energies as Official online Auctioneers on behalf of the members. 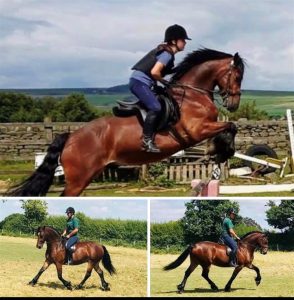 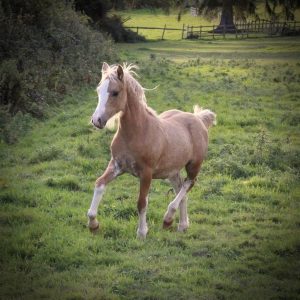 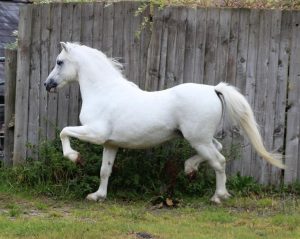