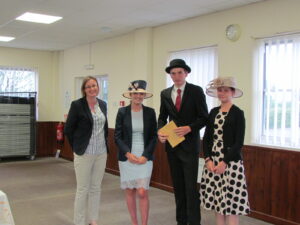 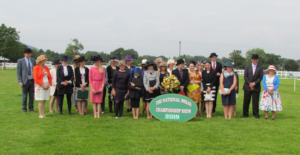 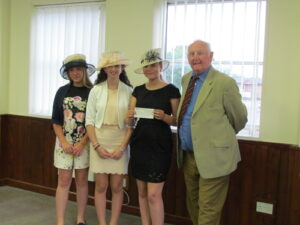 The competition, started in 1997, is run under the rules and direction of the WPCS Judging and Showing Committee and holds an important place in the WPCS calendar. Over the years the competition has proved to be a valuable training ground for future judges of the WPCS panel.

Aim:  The aim of the competition is to find annually the top Young Judge of the Welsh Breeds. It provides the opportunity for young people to develop their skills in terms of judging and also present their understanding of the judging process in an interview situation.

Eligibility: The competition is open to all young people aged between 10 and 25 years of age. Area Associations and Overseas Societies are invited to enter teams and/or individuals. Each team will comprise of 3 individuals. Entries are also invited from individuals who are not members of an area association, or whose association are not participating in the scheme. You do not have to be a current member of the WPCS to take part in the competition. All entries must be made on the appropriate entry form and returned to The WPCS Offices no later than 22nd July 2022. There is no entry fee for the competition.

Date, time and place: This year the competition will be held on the Three Counties Showground, Malvern. WR13 6NW on Saturday 6th August with registration at 2:15pm ready for the competition to start at 2.30pm. Presentation of awards will be made later in the evening (approx 6.30pm). The National Welsh and Welsh Part- bred show will take place on the showground on the following day.

Scoring:   A maximum of 100 marks is awarded by the assessors as follows:

40 marks for candidate’s accuracy and observation

25 marks for candidate’s comparative rather than descriptive description

Procedure: Competitors will judge an in-hand class of four section D animals.  They will be required to assess the animals standing, in walk and in trot. They will place the animals in their preferred order on the score card provided.  The Assessors will judge the ponies at the same time as the competitors. A sheet with full details of the procedure is available and should be consulted.

Dress:  Competitors are required to dress in a way consistent with judging at a show and this includes the wearing of a hat or bowler.

Interview: Following the judging of the ponies each competitor will be interviewed individually by one of the judges in a drawn order; interviews will be conducted indoors.

Awards: Prizes including a certificate and rosette which will be awarded to competitors placed 1st – 3rd in each age group; additionally, the winner of each age group will receive a WPCS gold medal and prize. The Overall winner will receive the Young Judge of the Year Sash and Trophy. The Reserve Young Judge of the Year will also be presented with a sash. The Overall winner will also have the opportunity to accompany a judge the following day. All competitors will receive a WPCS rosette. A special training bursary will be awarded to the Association gaining the highest average points score from their teams.  Special Awards for highest placed overseas candidates.

Acknowledgements   The Welsh Pony and Cob Society would like to thank the following for generously supporting to the competition:

Communication   All communication in the first instance will be with Gemma Bassett-Burr, The Welsh Pony and Cob Society, Bronaeron, Felinfach, Lampeter. SA48 8AG. 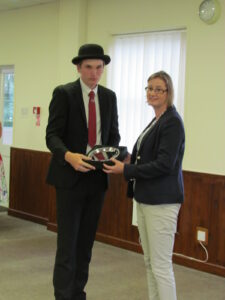 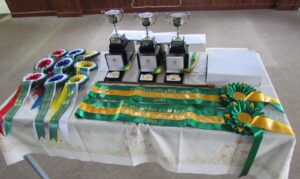